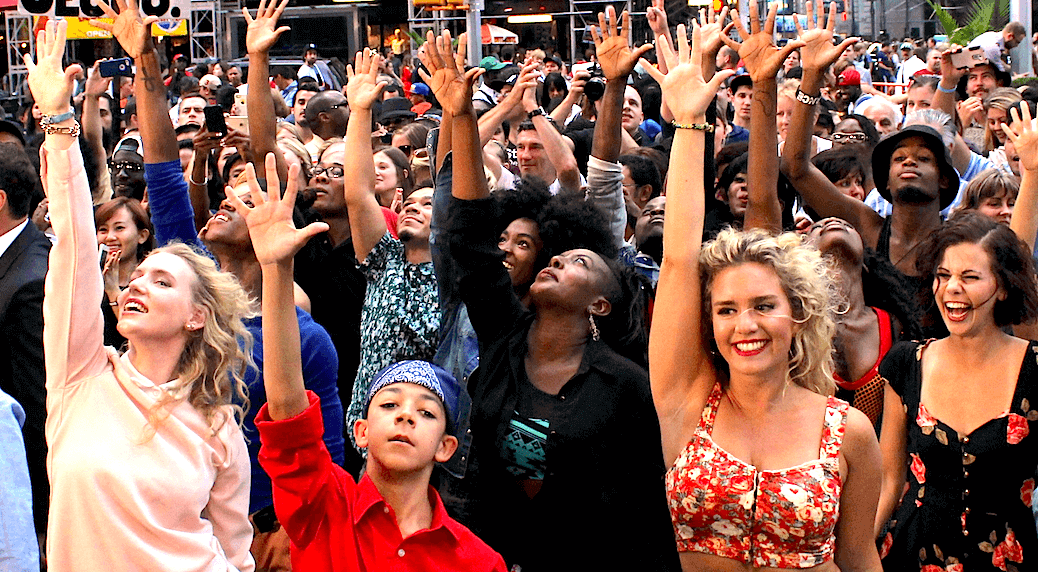 Our local flash mob experts will give you a FREE consult.

A Few of Our Clients (and what they’re saying):

“Everyone had so much fun and the flash mob performance was a hit. The flash mob team was amazing to work with, especially Wendy. She was awesome. Thanks again for everything and We look forward to working with you guys on future events. .”

– Angie Guerra, Sr. Marketing Event Specialist, Symantec Corporation, hired a themed flash mob, performed by dancers along with Symantec staff and executives, for the launch of their new facility.

“The event was a huge success and everyone was very happy. The flash mob looked great and was a lot of fun. It was a pleasure working with you!”

“The flash mob was fantastic! Jason did an amazing job. Everything was seamless and I am very pleased.”

“Our flash mob was a huge success! Not only for the audience but for the “performers!” Jenna was terrific and we all had a great time.”

“It was awesome. We’ve had nothing but great feedback from our clients. Thank you again for all you did to make our event a success.”

“That was the best time ever. The choreographer was marvelous; she came through and we all love her.”

“Thanks to you all the communication, planning and execution was exceptionally flawless. Seriously, I can’t thank you enough for literally making my wildest dreams come true. I’m so lucky my friend found you!”

After producing over 250 flash mobs annually for personal occasions and leading global companies across varying industries, our clients have started to recognize us as “The Flash Mob Experts”. Put us to work for you.