We love working with leading companies worldwide to craft and execute surprises tailored to inspire their intended audiences. 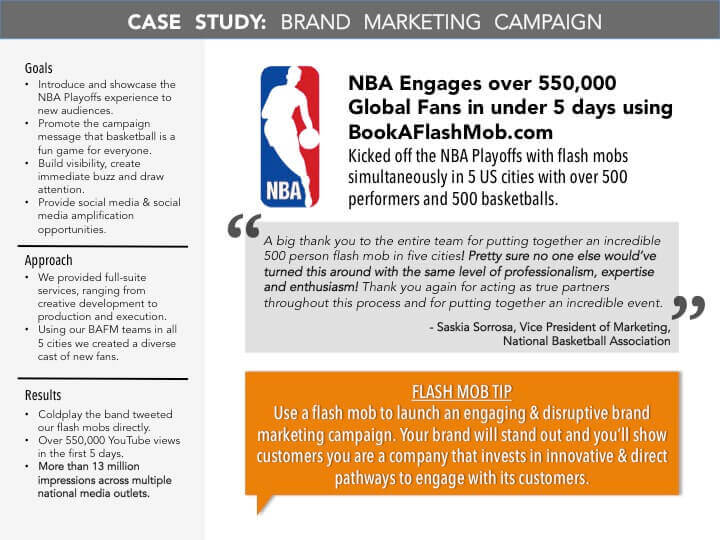 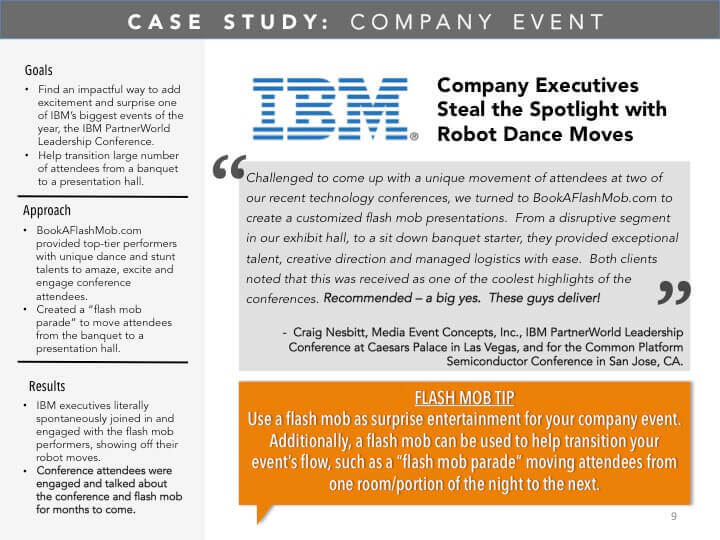 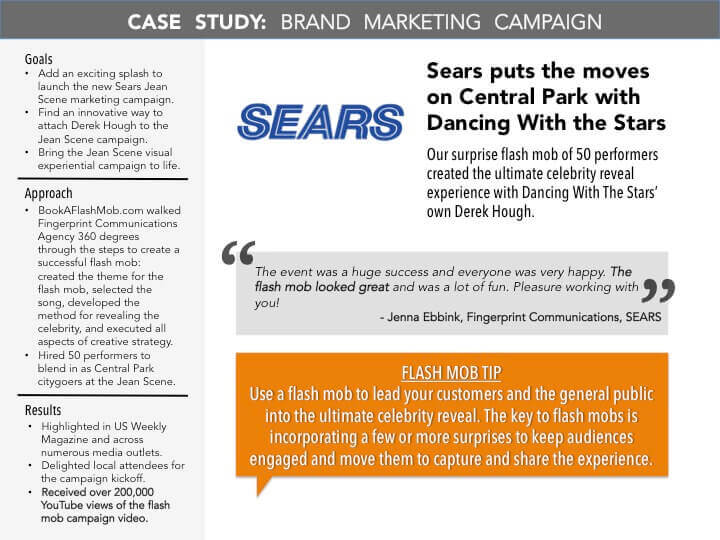 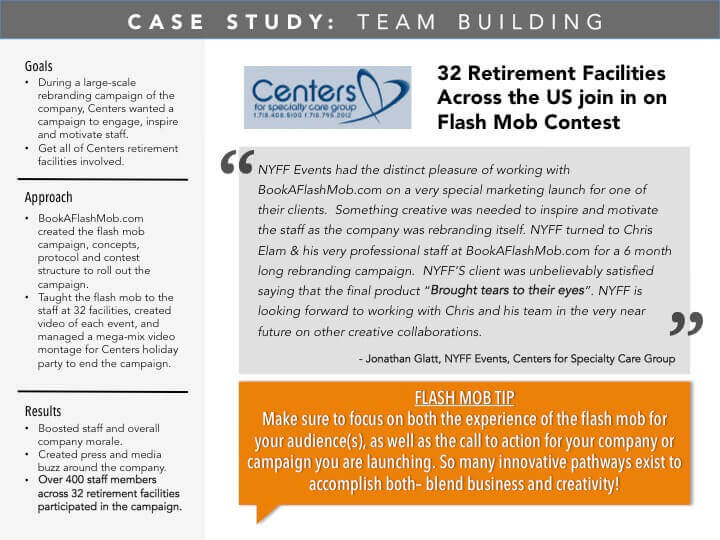 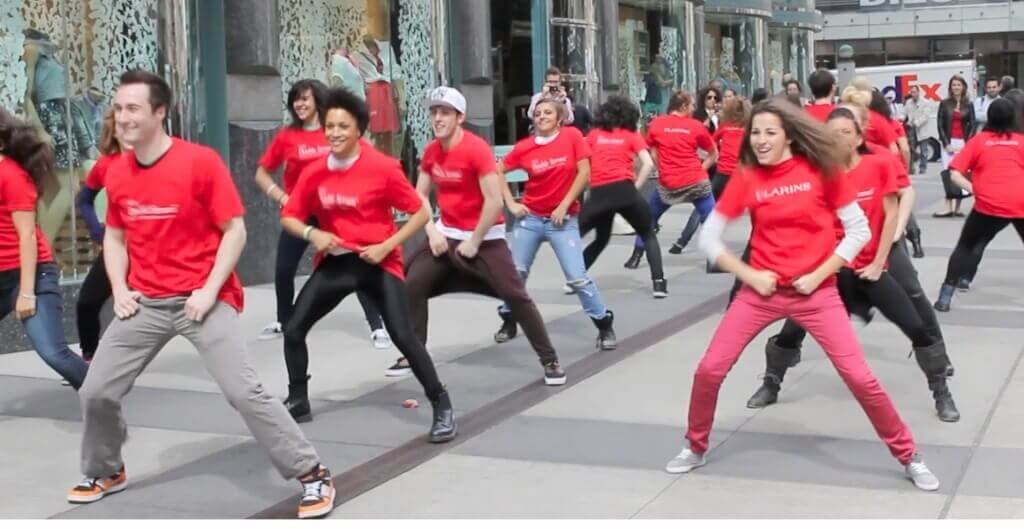 Sears Flash Mob with Derek Hough of Dancing With the Stars for the Jean Scene Marketing Campaign.

Flash Mobs for the Country of Turkey in NYC and Washington DC.