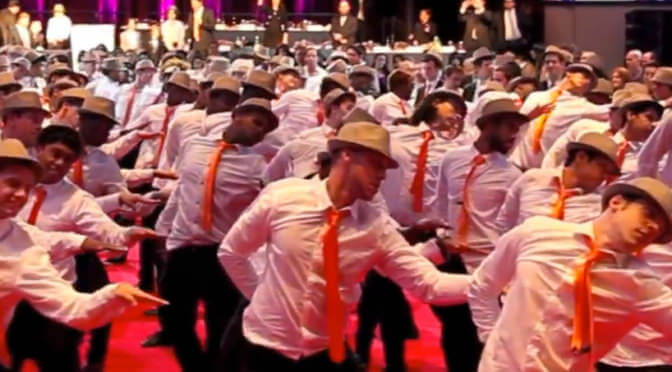 Add sparkle to corporate party entertainment and special events with a flash mob! Email or call 855-435-2746.

Hiring a flash mob is a great way to surprise staff or clients at your company party. With professional choreographers, dancers and musicians, we can help you craft an unforgettable experience.

Fill out our form or call 866-768-0839 for company party entertainment that they will be talking about all year!

“THE FLASH MOB WAS FANTASTIC! Jason did an amazing job. Everything was seamless and I AM VERY PLEASED.”

“EVERYONE HAD SO MUCH FUN and THE FLASH MOB WAS A HIT. The FLASH MOB TEAM WAS AMAZING to work with… Thanks for everything and we look forward to working with you on future events.”